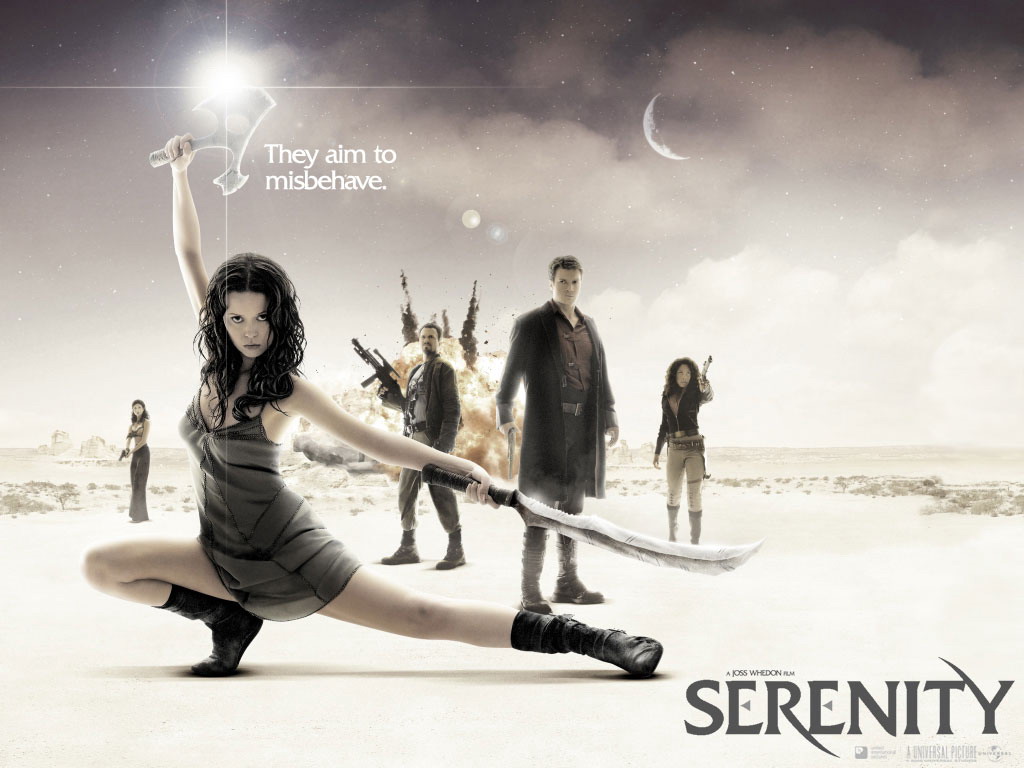 Serenity is a 2005 American space western film written and directed by Joss Whedon. It is a continuation of Whedon’s short-lived 2002 Fox science fiction television series Firefly (don’t know why it is cancelled) and stars the same cast, taking place after the events of the final episode. But at least it gave us an ending for the story.